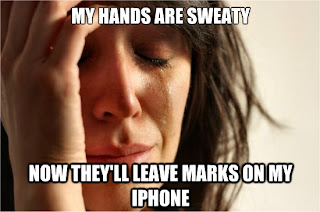 So I finally got one of these iPhone things - it's not actually an iPhone, but an iPod Touch (I have no need of another phone, but I wanted the ability to use apps and have a portable media device). I hate to say that I'm impressed.... I've never been anti-Apple, but being a nerdy gamer, I've just always used Windows-based systems because of the custom-built hardware option and the availability of games. I bought an iPod Classic a few years ago because I wanted something to store all my music (one of my passions!) and have an intutive interface and have also been very happy with it.

I've found two especially good health and fitness-related apps, so these are the subject of today's post:

The first is Sleep Cycle Alarm Clock. The premise of the app is that it uses the accelerometer(s) in the iPhone or iPod Touch to monitor your movements while you sleep (you place the device on your mattress). Knowing how the movements of your body correspond to different sleep states, the app will record your night's sleep and attempt to wake you as close to your alarm time as possible but ensure you are in the lightest state of sleep as it can. We all know that feeling of the alarm going off when we are in a deep sleep!

So far, I've used it for four nights and it typically wakes me up 20 minutes before my alarm time, but I feel it's easier to wake up. Here's last night's sleep: 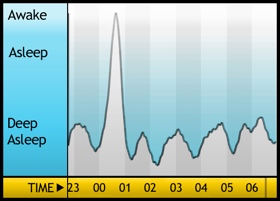 I went to bed at my typical time - about 22:30. You can see that I got up (to get a drink of water) at about half-midnight and then went through a few cycles before waking at 07:00. This morning, I happened to be in a deeper sleep than normal - it would have been better to wake up at the peak around 06:15, but I've set the alarm clock to not wake me up earlier than 30 minutes before my set alarm. I might play with the setting and try 45 minutes...

Here's Friday's sleep after some heavy drinking (which I don't condone by the way! I'm not a fan of heavy drinking, but we all overdo it sometimes): 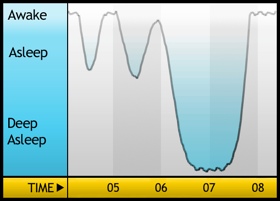 Ouch. Four hours of terrible sleep. Yes, I felt awful all day (no headache because I made sure I drank plenty of water, just really spaced-out). This is also fairly typical of sleeping after drinking. Initially, your body deals OK sleeping with alcohol in your system, but as the alcohol is gradually removed from your system, it starts to over-compensate so that you have large swings in awake / deep sleep states.

The second is Fitocracy (this app is Free!). This is primarily a website for tracking workouts and keeping yourself motivated. The app allows you to log your workouts as well as almost all the website features. I've mentioned before that keeping track of your body weight and the amount of weight you're lifting is one of the best ways to achieve your fitness or body recomposition goals. This app makes it easier and more fun!

In essence, Fitocracy rewards you with points for each activity you complete. You get extra points for just getting started, as well as Achievements for the more advanced activities and lifts. You can build your workouts by adding exercises from the extensive lists. There are also Quests that you can choose to try to complete - for example, running a certain distance or doing a certain number of pullups.

As you log more workouts and activities, the points you build increase your Level. This is a great way to record your activity, keep you motivated and make you feel you are making progress.

Note on the image for today's post - I love these "First World Problems" memes - if you've not seen them before, they play on the idea that those of us lucky enough to live in the developed world have extremely petty things to worry about in the grand scheme of things. I completely agree and it's great to poke fun at ourselves! 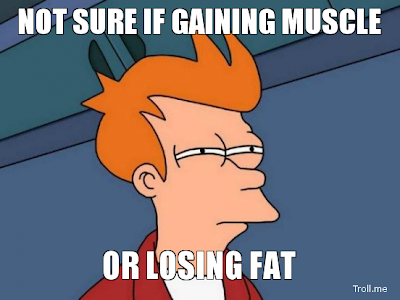